Craft beer has become so popular in recent years and there are some different styles for you to choose from. If you are searching for a beer that's worthy of your loyalty, then you may want to familiarize yourself with some of the styles that are available. Here is some information on some styles of beers:

Ale - An ale is a category of beer. Under this category, there are sub-categories of ale. For example, there are brown or pale ales. Beer is either considered to be a lager or an ale. The category in which a beer falls is determined by the fermenting process it has gone through. An ale is created through a process of fermentation known as "top fermentation". During this process, the yeast will ferment at a warmer temperature, and it will settle on the top. Ale is a full-bodied liquor with a strong flavor that's a little on the bitter side.

Blonde ale - A blonde ale is not as bitter as many other ales. It has a sweetness that comes with a hint of hops. It has a visually lighter color than other ales. The lightness of this ale makes it preferable to those who like an ale, but wish for a simpler one with less bitterness.

Brown ale - A brown ale can have a large range of colors that fall somewhere between brown to amber. These ales can offer notes of a variety of flavors, including a taste of nuts to a hint of chocolate. The brown ale category can provide you with such a wide mix that you can have a very different experience from one brown ale to another.

Lager - Lagers have not been around as long as ales. They are fermented in cooler temperatures and use a fermentation process known as "bottom fermentation". This means, unlike the ale with yeast that rises, the yeast will sink and settle in the bottom with lagers. Lagers have a noticeably different taste to them than ales. They are often described as having a crisp, smooth, and more refreshing taste that's also sweeter than the ale.

American lager - American lager is a light lager that can have a color ranging from pale yellow to a deep golden color. They tend to have a light and smooth flavor, often said to be especially refreshing on warm days. These lagers tend to be produced in very large quantities and are the most common beers found in American liquor stores and drinking establishments.

Pilsner - Pilsner is a beer that falls in the subcategory of the lager. It has a taste of bitterness to it and is considered to be the type of lager that has the most hops. These beers still offer the clear body lagers are known for. 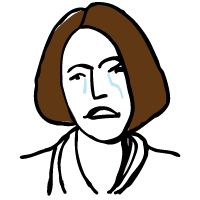 I have always been the kind of person who is laser focused on their health, which is why I started thinking about my alcoholic beverage consumption a few years ago. I realized that in some aspects my drinking had gone a little out of control, so I started evaluating my behaviors. I was able to make a few changes that really paid off in the long run, and I was really pleased with how much better it made my life. For example, I started only drinking socially instead of at home alone. Check out this blog for tips that could help you.